Zumba: Sometimes I go to the Beat of My Own Drums 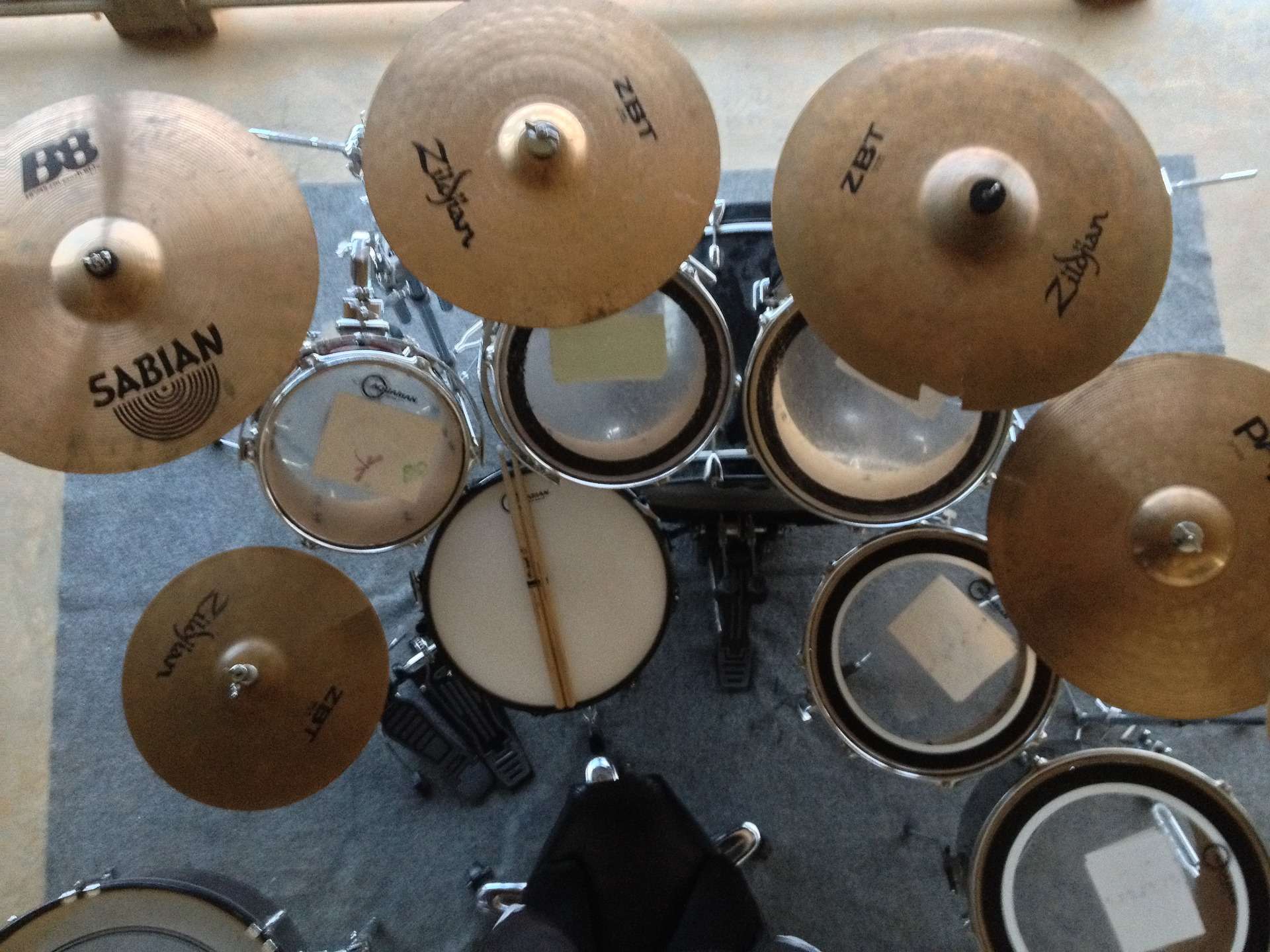 It’s time for another Zumba story!  I enjoy going to Zumba twice a week, with a great group of people.  It is a steady group, and there are some of us that are regulars, and some that come once in a while, and there are even people who join the group and become regulars. We call ourselves the Zumba Crew.

When I started, I was a long way from the same level and speed as everyone else.  When I start a new song, with new moves, I improvise.  I will not use my arms if the moves are new, it can be too much to learn all at once.  I didn’t spin on my feet for a long time, I marched instead.  Sometimes, when everyone else was doing a fancy move that had them turning, I would smile, or wave, and stay facing forward.

That’s one of the things I like about the class I take.  I am encouraged to do what I can, and to not feel like I have to be the same as everyone else.  There are options.  If I don’t want to move my arms, I don’t.  Sometimes they do get tired.  It helps to enhance the exercise when I move them, so other times,  I do.  There are times when I can keep up with everyone, and there are times where I go at half the speed.  And there are times where I mess up.  When I do, I laugh.  Out loud.  At myself.  Usually for zigging when everyone else is zagging.

You have all heard of playing the “air guitar” to a favourite song.  At my Zumba classes, sometimes we play the “air drums.”  Today we were shown how to do this properly.  If you just flap your hands around from the wrists, it is rather pointless.  The way to move correctly is to swing your arms from the elbows right through to the hands.  Hard.  As hard as you can.  I also saw a different method on TV, on the show This is Us.  There is an actress on that show that went to what was called a “Fat Camp.”  I watched her exercise with actual drum sticks.  It wasn’t a Zumba class, they were in an air drumming exercise class.  We don’t use sticks at Zumba.  We could, but it might get dangerous.

So we drum out the beats.   We were told to just pound the drums that weren’t there, like we were making the beat ourselves.  I was going for it, when a funny thought struck me.  As I was beating the air drums, going side to side, and up and down, I thought I’d better watch out for my cymbals.  I am well endowed, and that could hurt too!  I shared the thought with someone else, and when she laughed, I knew I would write another Zumba Blog post tonight.  So I found myself laughing with a new friend at Zumba.  I left with a  story to tell, and I was also feeling good after a great class.