Even Storm Troopers want to join our Zumba Crew 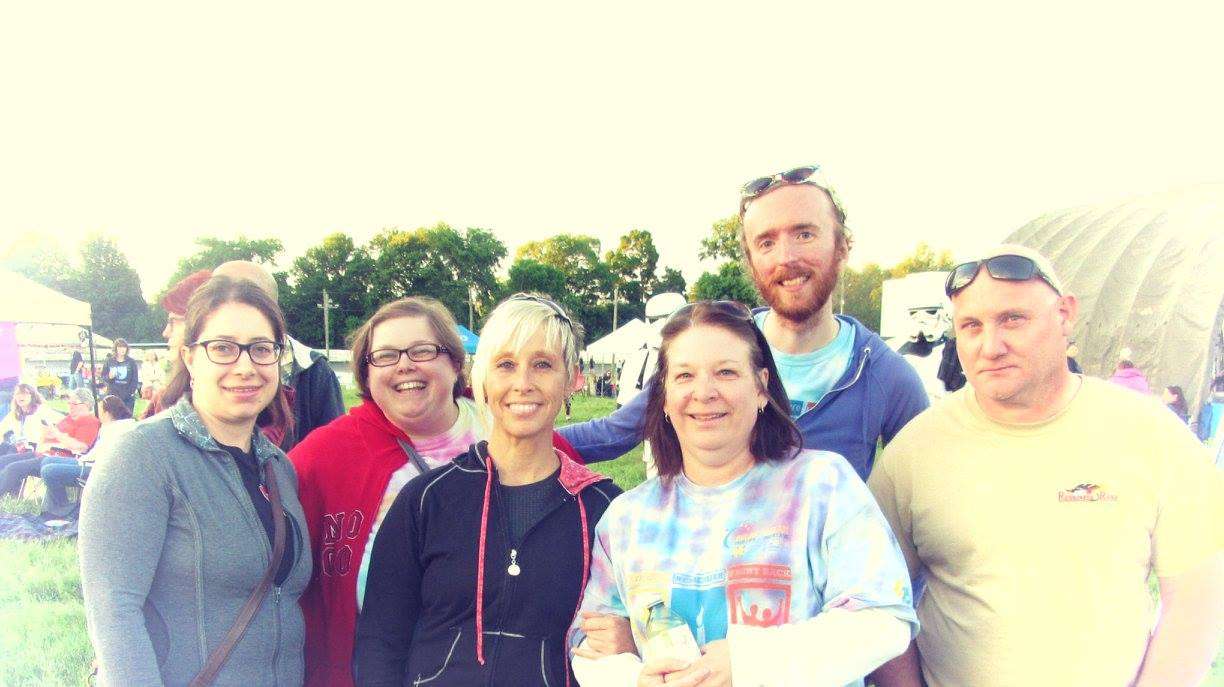 A part of my New Healthy Lifestyle that I have been working towards for more than two years now has been adding physical activity into my routine.  At my current job, there was a team for the local Relay for Life Charity event, and I joined.  I have gone to a few Relay Events in the last five years, and that is where I found the Zumba Crew.  The group size ranges from year to year, and class to class.  The core group has remained, for the most part, the same. It is a private group, not that we don’t accept new members, but that it is not based out of a gym.  We meet twice a week, and I have been working at it and getting better all the time.

The featured picture above was from Relay For Life 2016.  This is just a few of us.  The photo bomber Storm Troopers in the background looking like they want to be a part of the Zumba Crew really were there.  They were in another group for Relay, and they gathered a lot of attention.  But if you look past the Zumba Crew, you can see it.  They want to join in.  That happens around our Zumba Crew.  We have a lot of fun! 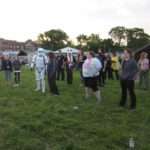 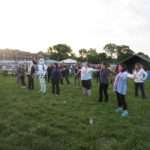 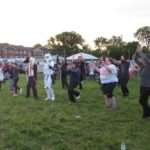 As you can see, one of the Storm Troopers joined in for Zumba at Relay 2016.  It was really fun!  I have come a long way in my healthier lifestyle goals.  I have always finished class.  Not always doing the same thing as everyone else, or keeping the same pace, but I am there until the end.  The first time I did Zumba at Relay, I had two; not one but TWO charlie horses in my calves.  I wanted to quit.  But I thought about where I was, and what I was participating in.  Thought about how it was to raise money to cure cancer, and if you have cancer, and need to go through treatments, you can’t just quit in the middle if you want to beat it.  So I toughed it out.

Since then, I have never had an experience quite like it.  I am grateful for that.  I have had health issues in the past year that forced me to take a break from Zumba.  I am happy to report that I am back, and getting stronger again.  I am keeping pace better, and trying harder at doing the same moves as everyone else.  I  have to do my own thing, sometimes, because I still have a long journey ahead of me to becoming a healthier version of myself.  Something I want people to take away from reading this is that it doesn’t have to be Zumba, and it doesn’t have to be perfect.  But if you pick something you enjoy doing and work at it on a regular basis, you will improve, and you will be a better person for it.

So go out there and try something new.  Or get involved in something you used to like doing.  Make friends.  Have fun.  It might be the best thing you can do for yourself!  Trust me, the best part of my Mondays and Wednesdays is rushing out of work to go join my friends at Zumba Class.  Find your Zumba, and start becoming the best version of you that you can be!