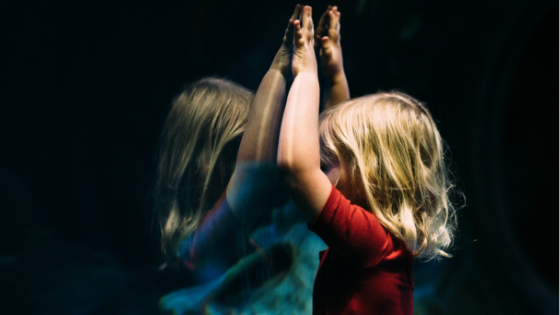 Monday Musings | Compliments Should Not Be Confusing

I was waiting for an appointment a few weeks ago in a medical clinic. The appointment was with my occupational therapist, which I have been working with to overcome being overwhelmed so that I could tackle my to-do list. I have been doing very well, and I am finally able to say I am slowing down the frequency of the appointments so that I can apply what I have been learning.

While I was there, I saw a variety of people. A couple of parents, each with young children. An older lady who seemed to know her way around the place. The receptionists are familiar faces to me.

The older lady said in a very quiet voice, as she walked by a man and his young daughter, “Your dress is awfully pretty.”

I thought to myself, what a contradictory statement.

Why do we do that? The lady was obviously trying to pay the girl a compliment. How confusing it could be to someone who was not fluent in our language, though. Think about it. Awful is not a nice word, however, pretty is. I think it is time to drop the confusing adjectives. Really. Let’s get straight to the point, and skip the double-edged sword. The world is confusing enough as we all try to navigate through it, so let’s make it easier to pay a compliment.

Say What You Mean

Your dress is very pretty, says the same thing, with no double entendres. A double entendre is a phrase with two meanings, which is what I witnessed. Now a double entendre does have a time and place to be appropriate, usually when someone is delivering an insult in such a clever way that it leaves the recipient guessing. When done correctly, a double entendre certainly does have a place in the English language. If you want to shock someone or walk on the fine line between whether or not you are insulting someone, go ahead, be clever.

In conclusion, when you are complimenting someone, leave the negative words out of the sentence. It will feel more genuine, and likely reward you with a heartfelt smile. If you are trying to brighten someone’s day, please do. The world needs more positivity in every second of every minute of every day. Don’t throw clouds into an otherwise sunny moment in someone’s day. We can brighten their day with a simple compliment. This way, both people will benefit. Doesn’t it sound easy?

I had a health scare this week. I was at work when my chest felt tight like I couldn’t breathe in a deep breath. I have been experiencing ringing in my ears and realized it is affecting my sleep. I had a lot of indigestion. I was worried.  I have read that the symptoms for women that have heart attacks are not as easy to tell as they are with men. I have some of the risk factors, including my weight, and diabetes. So when I was trying to ascertain what was happening in my body, I thought maybe I should go get checked out.

When I got to the hospital, I spent a fair bit of time talking to the triage nurse. She asked a lot of questions, and someone else took my temperature and blood pressure. I had no fever, and although my blood pressure was high, I was quite admittedly, freaking out.

I am not the most active person in the world, but I enjoy Zumba, and sometimes, when I want to, I can run short distances. If I’ve gotta go bad enough, I will run to the washroom, for example.  I can walk fast when crossing the street if there is a car waiting for me to cross it. I can push my speed limits, and I have the capability to do more than I actually do sometimes.

I do go to Zumba, as often as I can. Last night I missed class. I was at the hospital. I hated missing class, but by the time I left work early, I needed to follow through and make sure that I was going to be OK.

I didn’t have pain, but my chest was feeling really tight. It was hard to take in a deep breath. I had a lot of gas, and that was making it worse. I decided to take a walk outside to see if I could make myself feel better.

It didn’t help, and at that point, I was really starting to panic. I was upset. My supervisor and another supervisor talked to me for a few minutes, and I called Roy to come and get me. He was home, it happened to be his day off. I made him take me to the hospital. He waited with me, even though it drove him a little crazy to lose all of that time there.

Six hours later, they had run an ECG and taken bloodwork and cleared me from having any issues with my heart. I can still have faith that my heart is strong, and it wasn’t the issue yesterday.  I didn’t get an official diagnosis, but I am fairly certain that it was an anxiety attack, also known as a panic attack. As it came with a new symptom this time, I didn’t want to take any chances.

After the doctor ran the bloodwork, he came back and asked me about another incident in 2013. I was confused and said I didn’t remember that, and he was confused because they had run a 24 hour test on me at that time. When we questioned him, he looked again. He explained a few minutes later that another paper was mixed in my papers, and everything was normal. Talk about a mix-up. Doctors are human too, and there had been two traumas arrive while I was waiting to be seen. As long as he corrected the mistake, and apologized, that was fine by me. It also meant I was not losing my mind.

Living my life as someone that is classified as morbidly obese does come with its own challenges. I can’t do everything I want to do sometimes. I have to pace myself and fight to catch my breath when I do push too hard. I have to learn to say no a little more often, and I don’t like that word, no. I need to take more time to rest so that I don’t have panic attacks. I need to work on me a little harder. I am trying, really hard on that one.

The doctor said that it was good for me to get checked out. I had actually seen him when I had the knee infection two years ago. I don’t think he remembered me, but I remembered his name. He did tell me that they don’t want people to be there for every little concern, of course, but that if I had a genuine concern about my heart, they would rather see me go get it checked then have me found after something bad happened, and it is too late. I felt a little silly waiting there all that time but relieved that all the tests came back normal.

Having panic attacks are becoming more common in my life, and I plan to talk to my new doctor about it next month. It may be why my ears are ringing so much. I really need that to calm down. Knowing that what I felt may just be another symptom of a panic attack, will help me do what I have done to deal with them so far. I usually calm myself down, but I have to know what is going on before I can do that. Yesterday had a curveball.

I was trying to figure out how to explain panic attacks to people that don’t get them. I am not an expert, nor do I know if what works for me would work for other people. I was thinking before I started writing, that for me it is like treading water.  I love swimming, and treading water is a good skill to have. I can tread water for a good amount of time and I don’t mind doing that. However, it is harder to do if you are only using your legs. For me, if I am only using my legs, and then I lift my arms up over my head, I go under the water. So I metaphorically had my arms up over my head yesterday, and I had to stop and reassess.

I stayed home today to rest and recover from yesterday’s ordeal. I needed the downtime, and I hope it will help me cope better with work tomorrow, and next week. I postponed an event I am hosting here for a week later, to give me more time to be ready. I have been told in the past that I am too hard on myself. Maybe I am. But I don’t know any other way to be. So I am going to keep treading water and keep working on me. I am glad I did go to the hospital, if for no other reason than to know what was ruled out after the testing was done. Now I have to figure out a better way to deal with my stress and anxiety so I can carry on and do what I was meant to do with my time here. I don’t have any plans of giving up anytime soon.