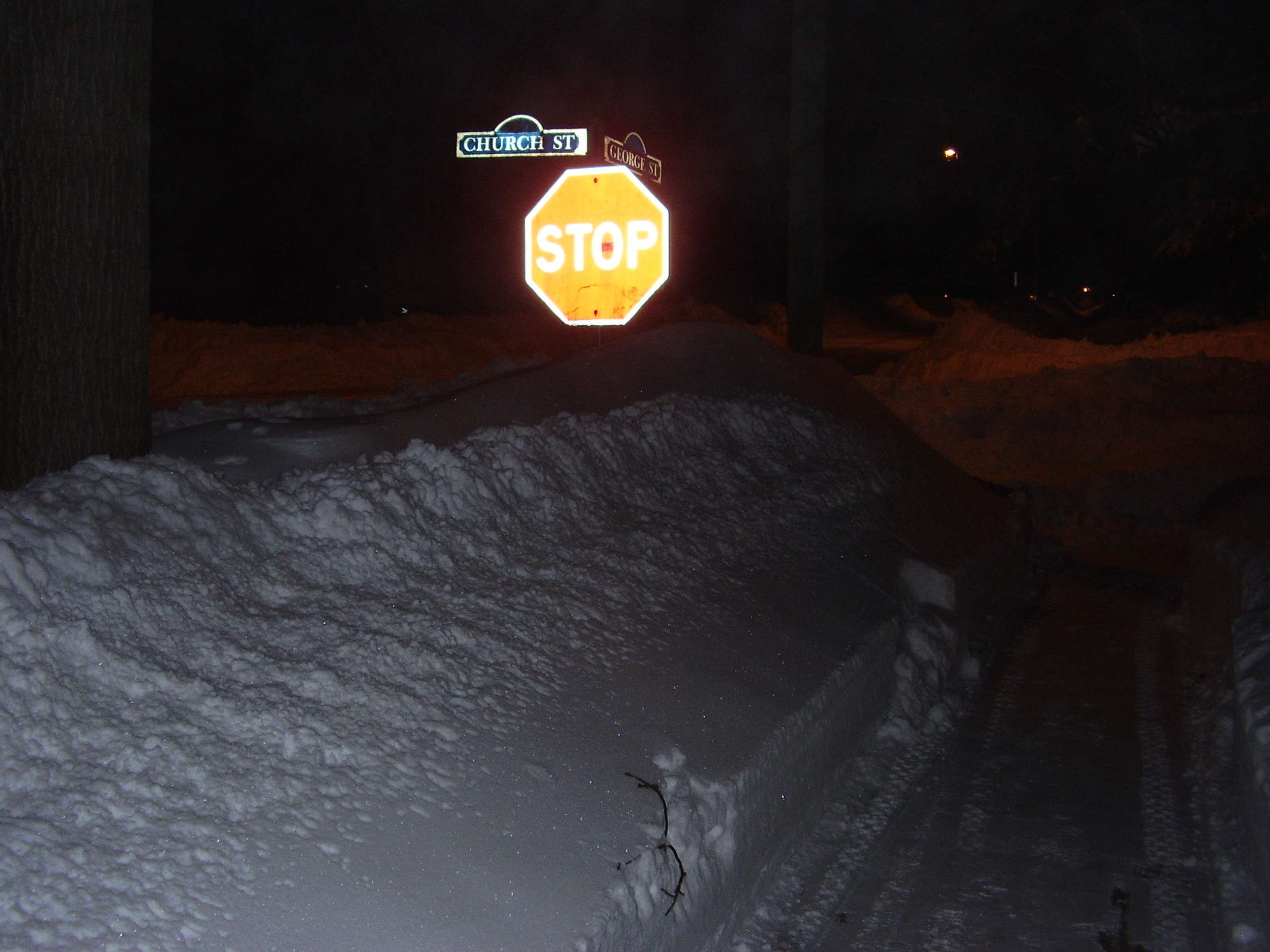 Webster’s Encyclopedia of Dictionaries defines accumulation as a collection; a mass; a pile.  It is also the word that my sister used to describe winter in Fredericton, usually with a colourful expletive or two in front of it, depending on who she was talking to.  When I got the assignment of writing a story around the topic of Winter In Fredericton, this word naturally came to mind.  I think a fitting title for this category is weather stories, as the accumulation of snow is something that is talked about all winter long in Canada. So I am going to try to apply all three meanings to it.

A pile of snow last year has quickly grown into a much bigger pile this year.  If there haven’t been records for snowfall, then we must be at least acknowledging that we have been pummeled with winter storm after winter storm, along the whole East Coast, if not the whole country this year.  So yes, the word pile does accurately describe winter in Fredericton, at least this year.  I don’t remember having snow here like this, at least not since moving here.I am now shorter than most snow banks.  It is intimidating to think about it, and one does wonder where it will all go in the spring.  Hopefully not into my basement.

Which brings me to my second thought on the definition, a mass.  There is a whole mass of ice under all of that snow out there, that makes it treacherous to walk or drive anywhere in this town.  Not using salt on the roads is better for the bodies of the cars we drive, but I am not so sure that it is the safest thing to do this year.  The mass amounts of ice on the trees since the storm we had on Sunday night is nice to observe, but not so nice to the trees.  Some are bending under the sheer mass of the ice on their limbs, and some of them will not be alive in the spring.  This being said, there was also a mass of water that came down in the last storm, to make new ice on the trees.  It also caused temporary flooding in the city.  I drive a Neon when I drive.  I didn’t know that when I was driving to work, and came up to Lake Dundonald, that it was part motorboat as well.  The water went in every direction, and the poor car stalled after that particular ordeal, but I made it to work, although I was a little bit late.  The Neon is tougher than it looks.

Finally, the description of a collection.  This is the good side of Winter in Fredericton, which came to a rather high point last weekend when Fredericton was the host of this year’s ECMAs.  There were performances in every bar in town, from Thursday right through Sunday.  It was an event I was proud to participate in, as a fan of music.  The amount of talent may have varied in style, but nonetheless, it was a collection to be noticed.  This weekend, as winter in Fredericton continues, we get ready for Winterfest.  It is a different venue for Frederictonians to revel in the wonders of sledding, a snow maze, and to take part in other winter-themed activities.

So, winter in Fredericton is definitely an accumulation of all sorts.  I guess my sister was right.

Note: This story was written in 2011.  As the first snow of the season is starting to fly, the accumulation will begin for another winter.  It brought this story to my mind, and I thought I would share it here.  The Farmer’s Almanac is calling for a bad winter this year, so there will be more snow to come.

The assignment was from when I was in a creative writing group called Freddy Words, that I was a part of at that time.  I did name the group, and it seems to have busy moments, and lulls.  It has been in the lull mode for several years.  I hope to stir it back to life again, someday.

There is no “Lake Dundonald.”  The water had accumulated to flood the street.  It was a short-lived flood that I thankfully did not get stuck in.

I attended one of the performances of the ECMA weekend.  I chose the Nova Scotia venue, being from Cape Breton.  I had a wonderful time and discovered The Tom Fun Orchestra for the first time.  I enjoyed the show.